Legendary Straight Edge Hardcore Band from Philadelphia
with members from Passion, Dark Day Dawning and The Twilight Collective.
This unfortunately short living project
(they played just one show... plus one re-union show in 2010),
was about making fun at their music genre and certain lifestyles,
but... fucking great music!
Fun Fact: Their 7" (containing the demo recordings) "Hard Lovin, Straight Thuggin",
should originally been called "Master of Puppets",
but that album name had apparently been taken by some band from the west coast ;P

Newest band, containing members of this band (among others),
is called Fires & Floods - you should check them out also, if you havent already! 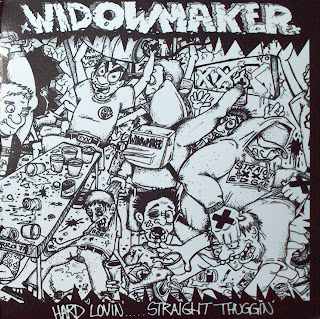