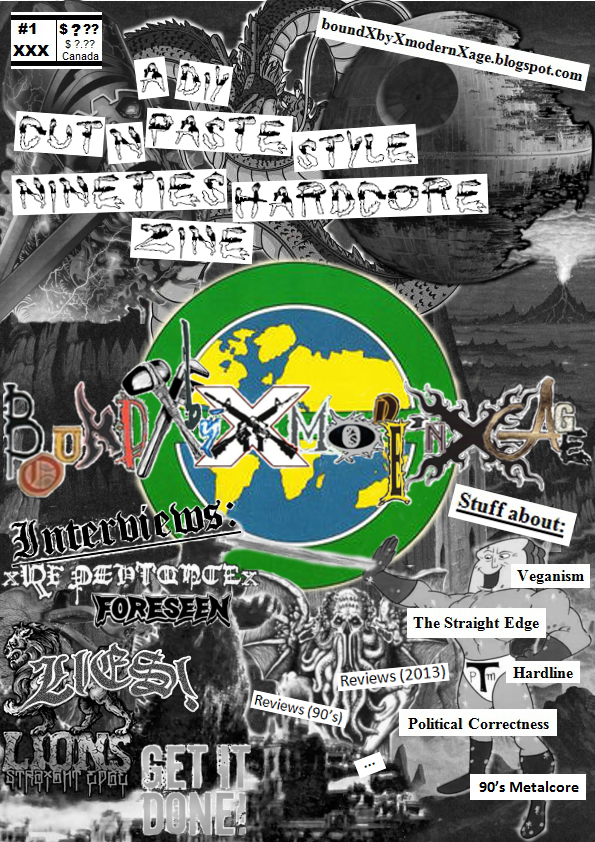 Working on a DIY-Hardcore Zine lately, that focuses on The Vegan Straight Edge
and some controversial topics like Hardline and Political Correctness.
Special thanks to my friends Sebastian and Julian for helping me with Reviews, Columns and Stuff!

Tell me what you think about it!


Edit:
Did some simple Flyers... spread them if you're cool! 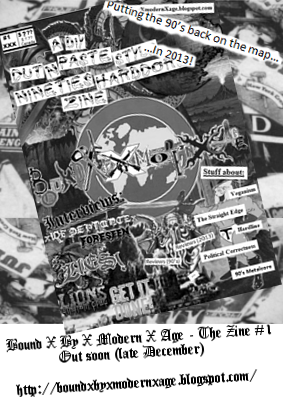 I'll probably put up a bigcartel store in a week or two!
(Short Pre-Order phase to estimate if I should press more or less then I thought
and actually to get some money for getting them pressed :P )

Edit:
Some small "contest" - Where are the Letters in the Font from?
As everyone is already guessing anyway... I just though, the one that can Name me all 19 Letters
(Bound X By X Modern X Age including the 3 Xes)
will get a free copy (and probably something cool I'll randomly throw in)
So, start guessing seriously and send me your e-mails! ;-)

Btw. I have a lot of stuff (unknown 90's metalcore shit) to post when I'm finally done with the zine!
Eingestellt von xRULEx um 02:23