Yo, I know it's been a while since I announced the 3rd Issue of the Zine
...and the truth it is, I have been pretty lazy with it :P
Most of the Interviews and stuff were already did in (late) 2014 and now... since 3 months...
I just did nothing about it - though I focused on other bbma stuff, like physical releases and such,
but now I came to the point, where I could either let it just rot away, or fucking get my shit together
and just bring it out as it is! So, this will definitely happen now (I'm focussing on late March).
Get at me NOW if you want to be part of it - have your review/column whater in it...
or your advert (for free, if i like it)! just let me know asap! ;-)

So, this will most likely be the cover (pre-order information soon): Since the production costs were pretty high, I unfortuantely had to make Issue #2
more expensive than I wanted it to be (3€)... therefore I will print Issue #3 completely on my own.
Will most likely look pretty cheap then - just stapled A4 pages instead of folded A3
but hey, it will also be pretty cheap then! ;-)
Oh, and for the die-hard fans, I think about doing a very limited "3 in 1" Issue as well.
High quality, with additional Information to everything from the first two Issues, and yeah
actually Issue 1 in a reasonable resolution, haha :D So, keep your eyes open!

Oh, and while we're just at it, here are pdf's from the first two Issues: 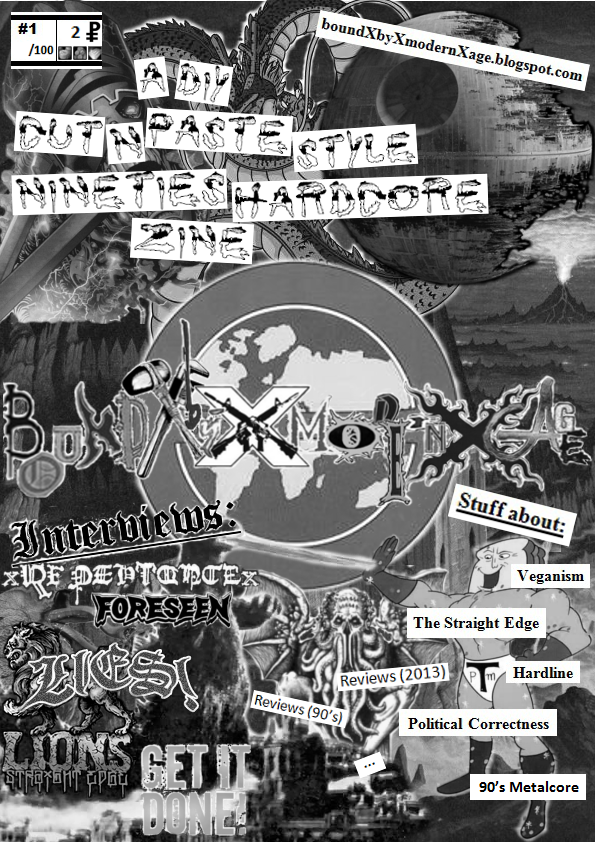