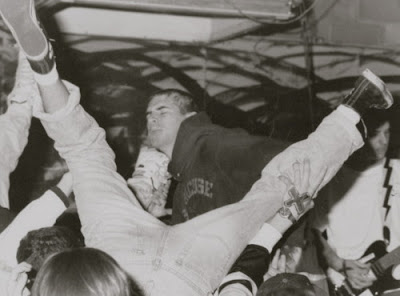 Yo, first post in a whole while here... so, what better way to start again
than with a band like RAID (which literally stands for everything in BBMA, more or less, hehe ;-)
I know, there are already blogspot posts about them... arent there?
But I remember someone asking me for their stuff a while ago, so here you go:

Raid startet in '90, or late '80s - better use google for some accurate information,
was definitely way before my time so I actually dont know shit!
Anyway, they were one of the first Hardline bands and their EP "Words Of War"
also reads itself like a testament to the Hardline way of life - so it matches just perfect to
Vegan Reich and Statement! Musicwise this is metallic chugga hardcore... 90's, you know?
The 2-Song-Demo before that EP was more kind of Hardcore Punk, like the Vegan Reich
song before their glorious EP, or the Crappy-Statement stuff before "Prepare For Battle" as well!
They were from memphis as well and as far as I know, before raid some of them were
in some kind of christ-metal band called "one way" - never heard them though...

The EP after this - was released as a 12" compilation with their 7" and demo on the b side
- is even more metallic, so even better. Lots of divebombs and stuff... probably the blueprint
for bands like Green Rage or Birthright. Definitely check that out!

Lyrics were all militant all the way, like:
"this is a call to arms for those who put nature above themselves - blood green"

But unfortunately they sold out like almost everyone else... there is this interview somewhere,
might dig it out later, where their singer (?) - some years after the split up of raid - explains
why veganism and animal liberation isnt that important and that especially animal testing
is very much necessary... dumbfuck - this is the epitome of humanity! 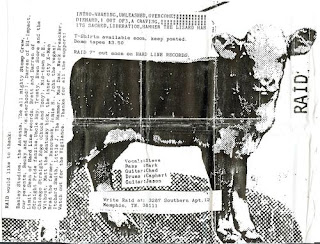 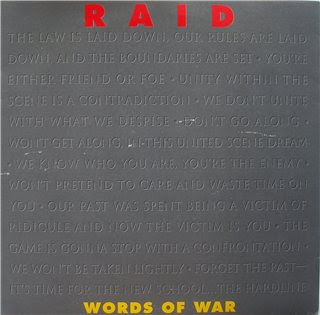 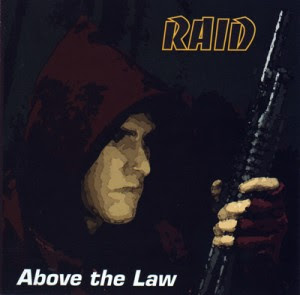