A new categorie: An Introduction to a good cause + all proceeds (rounded up)
of this weeks sale (from the BBMA Webstore) will be donated to it.
So, if you ever contemplated about either getting some BBMA stuff or not - now is the time!

No Mas Fronteras / No More Borders 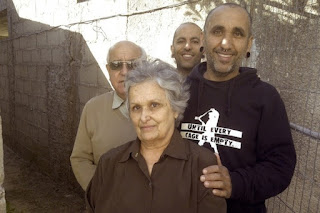 Who are you and what is the Idea behind "No More Borders"?

Well, we are Diego and Roberto, 2 brothers from South America that came to Europe 13 years ago,
to try to forge a better future and help the family we have back in our country.
The idea behind this life project is to raise the necessary money to pay all the stuff we need
to have our parents living in europe near us.

What have you acomplished so far and how has the campaign evolved since the beginning?

We started 2 years ago and now we have raised the money for the flight tickets,
so the next step is to cover the heavy bureaucracy/ and the lawyer to help us to have them
legal when they come here. The campaign evolved slow, but firm as we like to say,
we are looking forward to see them here when we want and not when we can!

So now we need to sell the things we have such as prints (designed from tattoo artitsts.
friends of us) and tote bags to raise the money we need.

What are your plans for the near future and how do you want to realize them?

The plans are simple, to have our parents near us, in the same country/city as a family
and take care of them , because they are getting older and when you are living 12.000 km far
from them its nothing that you can do. We continue walking forward with our campaign, and with
the help of good friends like you, because we are normal workers and we don't have enough money and resources to make it us, alone. That´s the main reason we started to run the campaign, cause coming from a country in the so called third world sometimes is more that you can imagine, if you been born and raised here it´s not easy to understand that low income/ poor people it´s not only in
the news as only fiction movie, it´s also true. If someone need or want some pictures of where my parents live i can send it, not because we live here means we have all the solutions, that´s the reason we need you that read tis interview, we need your support! we have many nice things to sell!

So, if you want to support them, you now have some different options:
Via their bigcartel store, which holds the mentioned prints and (from time to time)
a variety of merch, such as t-shirts & tote bags: http://nomoreborders.bigcartel.com/

Via their gofundme page (which also holds some more information and stuff):
https://www.gofundme.com/unitedfamilyagain

Or now (from 29/May to 04/Jun) also from the Bound By Modern Age Records Webstore
(which obviously holds lots of cool xvx records and merch as well): http://bbmarecords.com/shop

Thanks for your attention. Feel free to spread the word and give them a like/follow:
https://www.instagram.com/nomasfronteras/
Eingestellt von xRULEx um 12:28