BBMA Newbloods: When Ashes Are Rising

When Ashes Are Rising
Oldschool metalcore from Italy... and the newest member to join the BBMA Family.
Their awesome debut LP entitled "Of Earth And Men", previously self-released on CD,
will soon also be available on a limited number of Tapes, as BBMA39.
Check it out here: https://boundxbyxmodernxage.bandcamp.com/album/of-earth-and-men
FFO: Morning Again, At The Gates, Heaven Shall Burn, ... 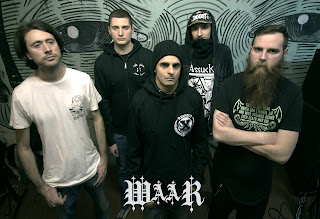 Who are you and what are you doing in the band?

I’m the second (or first, doesn’t matter) guitarist in the band.
I also deal with the recording process of all our music. (Delio)

Is WAAR your first band-project? What about the other members?

No, I used to play in an Industrial Metal band before, called Cybercage.
Luca, our bassist, used to play in Absence (XVX band from Turin) and As Humanity Fades.
Afshin was the voice of various bands such as L’Odio and OhxCristo.

What is WAAR about? Any kind of message you want to spread?

What have you achieved so far and what are your goals for the future?

We are a relatively young band so we still have lots to achieve.
However, we were fortunate enough to share the stage with bands we admire, Strength Approach
and Traces of You among all. Our main goal right now is to play our music overseas.

So, when will you tour europe, that we can see you live?

I wanna thank you Tim for this interview and for supporting us!
The passion you put in what you do is contagious. You know it’s not just music,
but most of all, it’s a strong social and political message, and we agree with that! 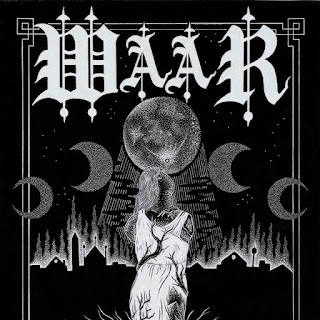