Yeah, shameless self-promotion ahead:
Earlier this year I gave a slightly longer Interview for a polish xvx punk zine... and just recently found
out that it had been translated into polish, haha - so, if you have sufficient knowledge of the language,
by all means, please stop reading here, buy a copy of the actual zine and go support the good folks
of X Kły i Pazury X Zine (EN: Fangs And Claws)! For anyone else, here is the original version
(slightly edited/updated and in my best, worst english): 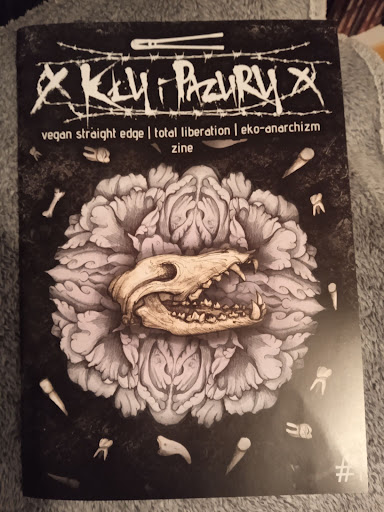 1. How are you? Could you please introduce yourself to everyone who doesn't know you yet?
Tell me, what exactly do you do?
Hey, this is Tim from Germany. I run BBMA Records and play in a couple of bands/projects. Forward To Eden, Castigator, Throgh Chaos & Solitude, The Rule, xResistancex, Guthmensch, Carnivore Crusher, … to name just a view. When I’m not making music, I’m either working out, painting Warhammer Figures, playing Magic The Gathering, or doing some other Nerd Shit. I’m also a huge collector of all kinds of things – since I turned straight edge (pretty much exactly 10 years ago), my addictive personality manifested itself in a love for vinyl, band shirts, mangas & comics, actionfigures, movies (dvd, bd, vhs), etc. …definitely more healthy, but maybe even worse for my wallet, haha! 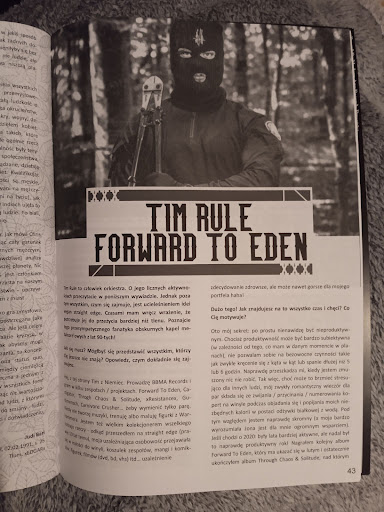 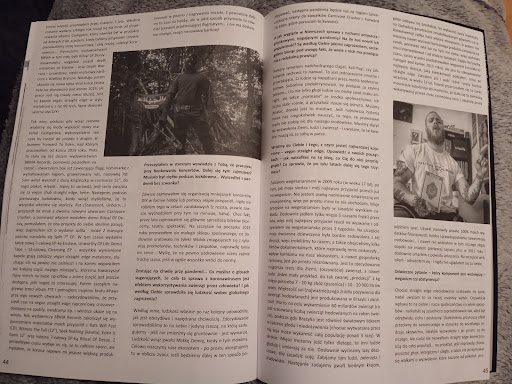 6. Let's come back to you and what you are most associated with - vegan straight edge. Tell us about
your beginnings - how did you come across this idea, what attracted you to it?
What makes you stick to it after so many years? Does anything special inspire you every day?
I became vegetarian in 2009 (at the age of 17), after my sister and my best friend both already adopted veganism. I’m not an over-empathic or emotional person, so I simply didn’t care. I even started vegetarianism because of a bet. I was literally eating nothing but meat (and occasionally fries) for years and so my best friend dared me and I did 2 weeks. Fortunately my girlfriend at the time was really happy with that decision and so we did it together and also watched a bunch of documentaries, which really blew my mind… the impact of carnism on our ecosystem and even the market economy is simply unmatched. It is by far the absolute worst thing for the earth, the animals (obviously) and even the humans, there is.
One small example: For the so called "production" of 1kg meat, 7 - 10kg of grains (wheat) and 10 - 20.000 litres of water are needed. The majority of soy (the number one source for animal/lifestock food) is being produced in Brazil and the surroundings. That is to feed 60 billion animals (which is the estimated number of lifestock animals worldwide), while Brazil is also the global leader in hunger and malnutrition (although the soy it produces could feed its entire population more than 3 times).
Short: We can only eat meat because other people starve and die for it.
We are literally clearing the rainforest to plant soy. Killing people, animals and environment there. Then raping the poor production country and feeding the genetically modified shit to western livestock, which in return kills our own ecosystem. And then we can’t even throw the final product of suffering on the market, because no one would profit from it anymore, so the state has to intervene and subsidize the fuck out of it.
Still, it took me a while to fully adopt veganism (must’ve been in late 2013), but it’s definitely the best decision I ever took, right after the straight edge.
I started drinking and smoking all kinds of things really early, at the age of 13. It slowly became more and harder stuff, until it was the first thing in the morning and the last thing before going to bed. It was almost 100% of my financial expenses, hobby-time and probably even my personality… and I didn’t even see anything wrong with it, until I had my first lung collapse in 2011 and literally died from suffocation. Gladly I was brought back – reborn – and never looked back since.
7. The eternal question - which component is more important - veganism or abstinence?

So, while straight edge definitely saved my life, I still see it as a rather personal choice. Of course it affects you and our society in a lot of ways though – drugs are basically designed to keep you numbed, quiet and compliant. Addictions are pretty counterproductive to any kind of activism, liberation ideals and just generally suck. But I still wouldn’t call the straight edge a necessity for the whole population… like, if you really wanna stay dumb, lethargic and compliant, plus not give a shit about liberation struggles that have been fought for generations, be my guest.
Whole different story if you wanna shove animal parts into your face. If you accept the destruction of our whole ecosystem, the distressing and painful end of a sentient being which simply wants to live, the undignified reality of meat production for animals and humans, the sheer uneconomicalness, merely for your greedy, gustatory indulgence, then, when knowingly proceeding deliberately, in my book, you have given up your rights.
8. What is the difference between straight edge and a simple abstinence?
Do you think it makes sense to tear sXe away from its roots related to the hardcore punk scene?
The Straight Edge is a movement. A lifetime commitment to a certain set of rules, which not only grants you super powers, but also makes you part of the coolest family on earth.
Abstinence can be a spiritual arbitration, unrelated to any movement.
Like, abstinence is the first step. Then you take an oath and receive The Straight Edge.
Since it was born in the hardcore punk scene and still lives there, it doesn’t really make sense to extract it completely. Of course it has an influence on your whole life, but people change… I, myself, barely listen to hardcore anymore tbh… and never really listened to punk at all!
But there’s still a feeling attached to the straight edge, which I wouldn’t/couldn’t completely transport into Death- or Black Metal, haha…
9. Few times I discovered some people in the depths of the Internet who had no idea about sXe roots
or simply ignored them, distorting the image of the straight edge and making it into a right-wing
or "apolitical" ideology. What do you think about it?
I can feel you man – in my opinion that’s just stupid. You can’t commit to an ideology if you don’t do it fully. Like, taking out 3/5 things you coincidentally feel good with/fit your lifestyle anyways and ignoring the others. That’s not how it works. Simply never having drunken alcohol or smoked a cigarette doesn’t make you straight edge! …or does not eating pig and giving to charity automatically make you a Muslim? Check your facts. Do your research. Educate yourself. Straight Edge isn’t cool anymore anyways! 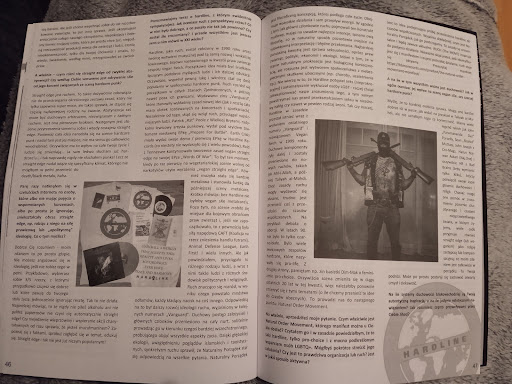 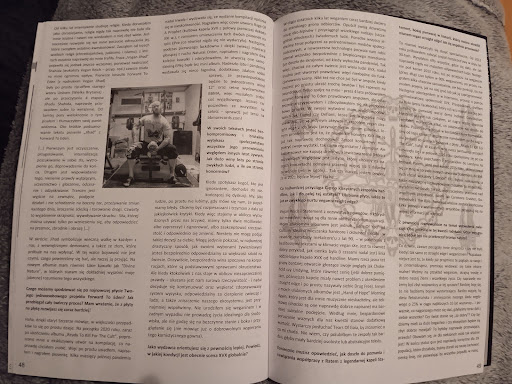 Loved it. Feel free to hit me up on social media for further best-of lists, or let me rate yours!
Also: Stay Vegan, or Go!
Eingestellt von xRULEx um 00:26