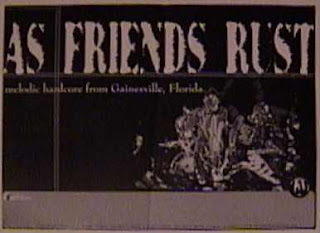 Not really the kind of stuff I'd normally post...
Also not really the genre I'd normally listen to, but this band is an awesome exception!
I probably "started to like them", cause of Damien Moyal (Vocals)
and because it started as some kind of side-project of Culture, who I already loved! ;-)
And, yeah... for a long time I only liked the Demo...
But then, when I gave the later stuff, which certainly sounds a lot different
- whole new line-up except of Damien -
a third (or something like that) try, I began to like it (in another way) as well!

While the Demo (The Fists Of Time) sounded very scremo, 90's emo-hc like,
the later releases have gone more and more in the direction of melodic trendy (pop) punk.
Still 90's emo - but more that kind of stuff that you could also hear on the radio! ;-)

In 2002, after their last Release, Damien (the only constant member) left the band
and so the remaining members "morphed" As Friends Rust into Salem...
Who sounded way more like emo influenced indie-rock. 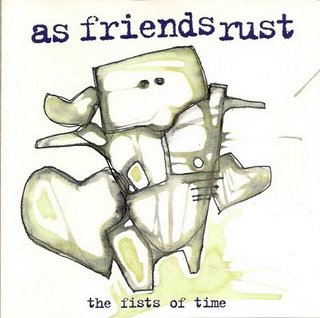 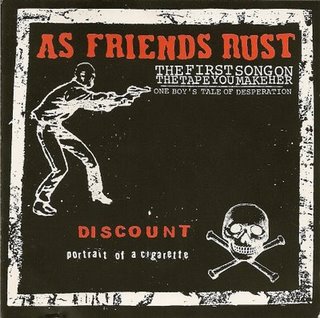 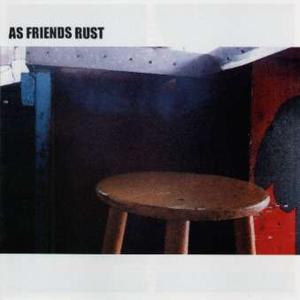 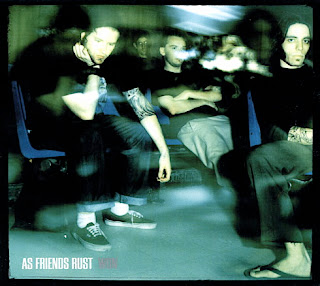 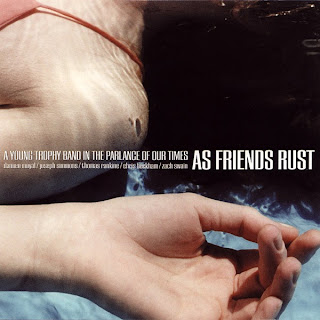 As Friends Rust - A Young Trophy Band In The Parlance Of Our Times (2002)
Eingestellt von xRULEx um 08:26