It's more work than I thought to scan a Zine,
cut the pages and make a pdf out of it...
So here are, as a start, some A5 Zines, more to follow soon! A small Newsletter for the Abstraction Zine, he explains why on the 2nd Page!
It's (obviously) by the same guy who did Abstraction Communications (the label).
This one contains Interviews with Upheaval, Dehumanize, Sunrise and Apostle,
as well as some reviews and articles on interesting topics - check it out! 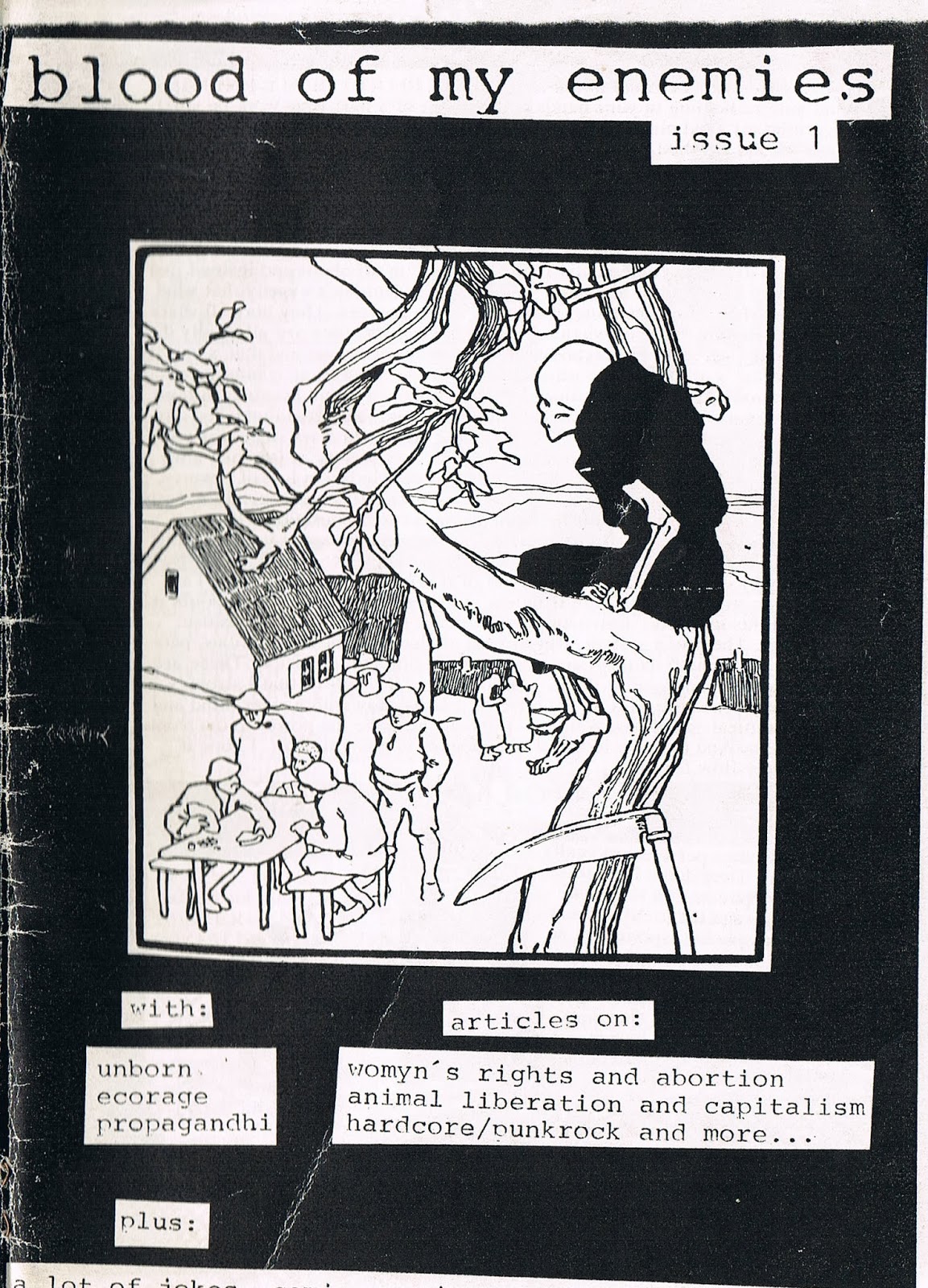 Blood Of My Enemies #1

Really funny zine, as it contains some comics and even a "jokes" page, as well as lots of,
I'm not sure if I can say interesting here, "news" and clippings...
I assume that its writen by a german guy, as some of the news clippings are in german,
but the rest is in english, so dont worry!
Interviews with Unborn, Ecorage and Propagandhi as well as articles on stuff like:
Human/Animal rights, abortion, capitalism and some reviews. 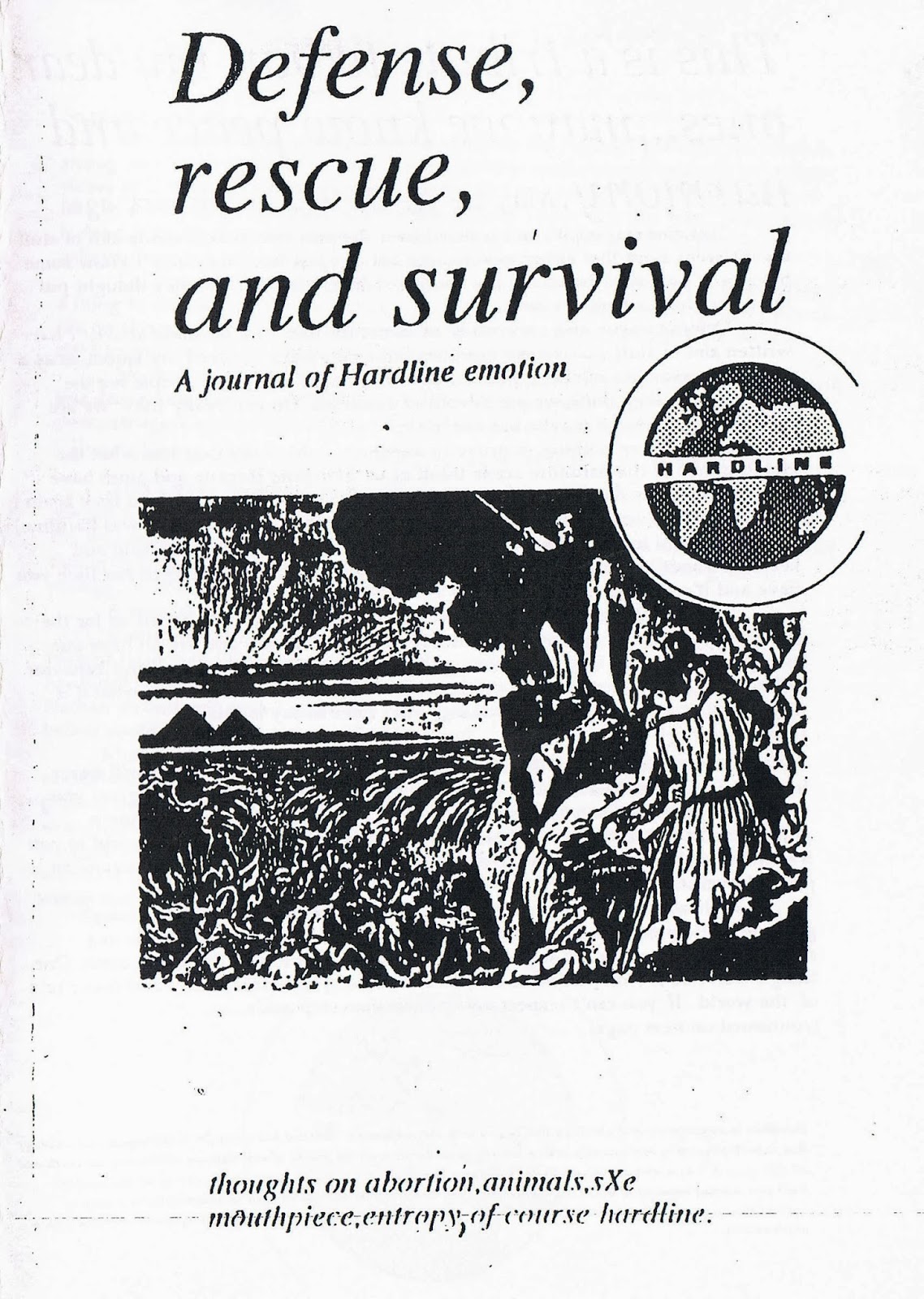 Defense, rescue, and survival
A journal of Hardline emotion

Really good short zine by David Agranof (you can google him).
"thoughts on abortion, animals, sXe, mouthpiece, entropy and of course hardline."
Unfortunately my copy is pretty bad scanned/printed so I should probably seperate the pages
and scan it again, as you cant read some sentences in the way it is now :-/ 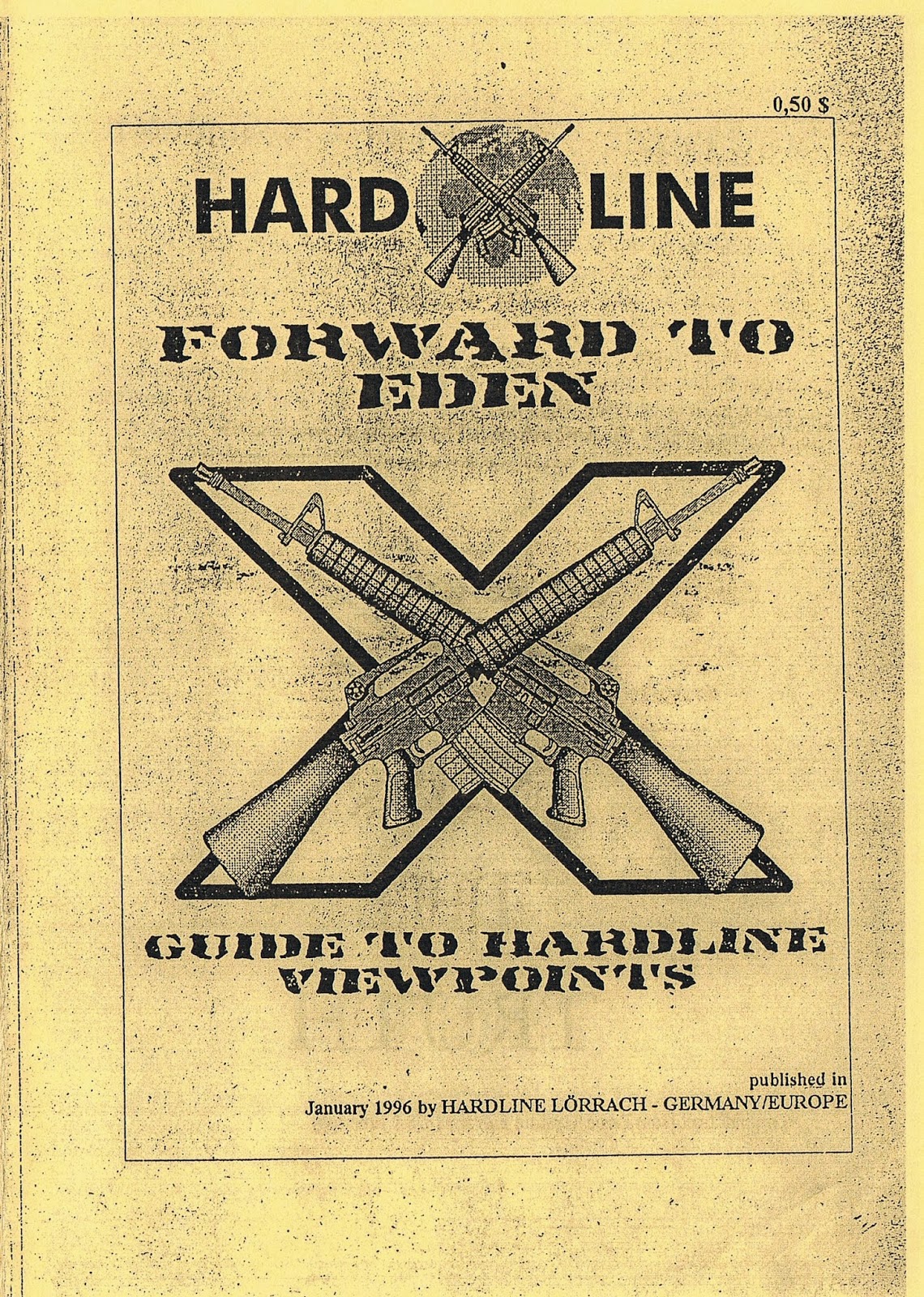 Yeah, I guess this one speaks for itself...
The first page says that its puplished by the German Hardline Chapter
and the last page says by the UK Hardline Chapter, however, both are reprints from the
Upstate Hardline originals from 1995 (yeah, this one is from 1996)
Here is a pdf of a copy my friend charlie send me - same content, different layout.
Virtually this is summary of the Vanguard Zines if you like to speak so... 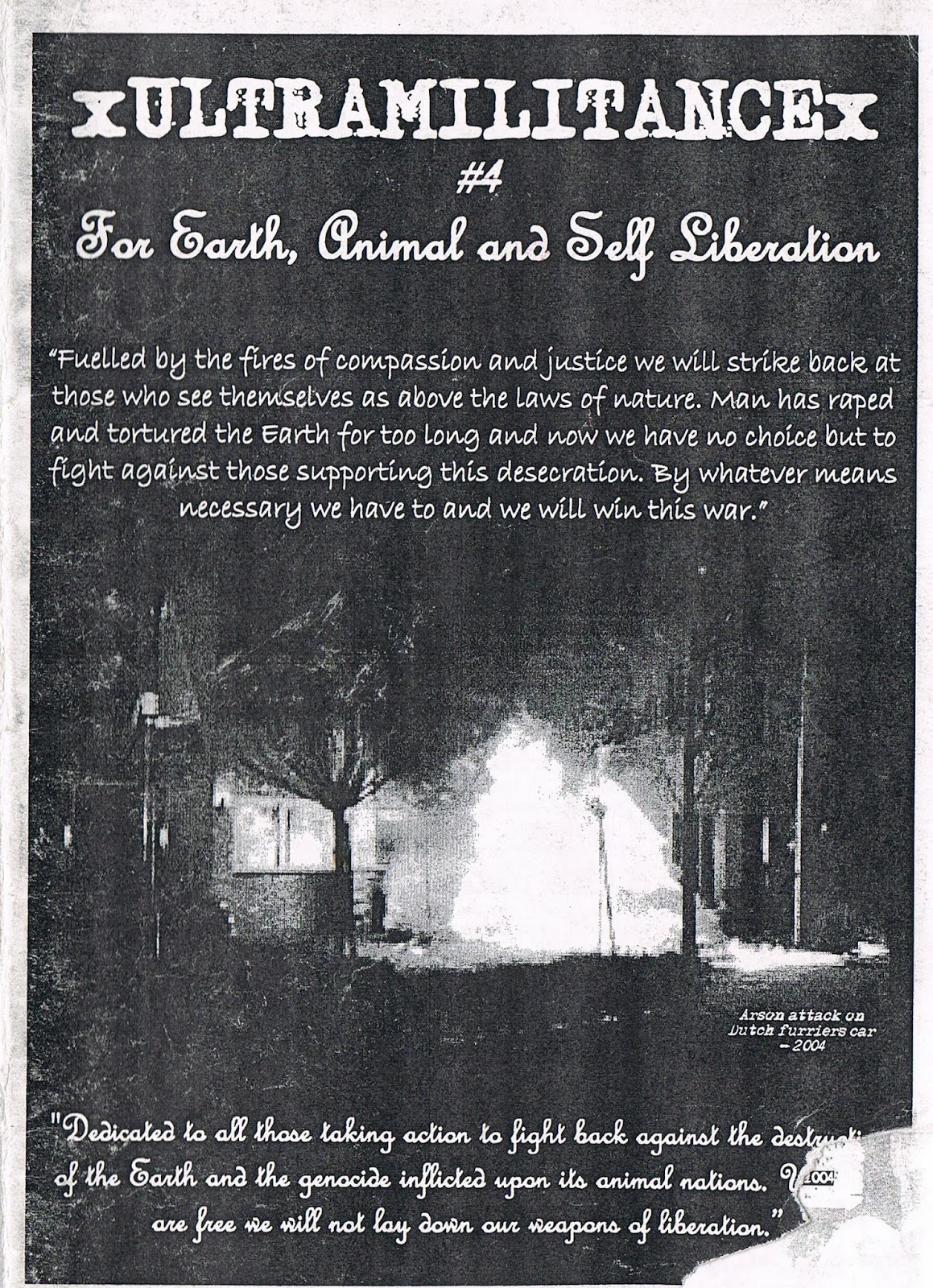 Pretty good zine about activism - animal and earth liberation!
Check out the post about this on The Talon Conspiracy website,
he explains it even better... and his scans are better as well, haha...
You can also get some other Issues there!

edit: noticed that they are not as widely available as I thought but still couldn't be bothered
to do an A4 Zines post... maybe some day. Until then: Vanguard Double Issue 1 & 2
Eingestellt von xRULEx um 14:40