BBMA Band Of The Week #12: Witness The Fall 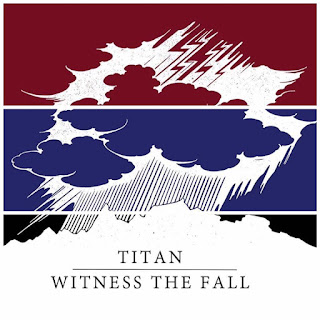 Melodic 90's Style Metalcore from the Netherlands.
Been around for quite a while now (read for yourself a bit further down)
and also were the first Band on this label, my good friends and probably my
favorite Metalcore Band around - Witness The Fall. Check them out, now!
FFO: Skycamefalling, Poison The Well, Morning Again, ...

Hey Tim, I'm Aron From Witness the fall, doing vocals in the band.

In the early days (before 2000) Witness the fall was called Tresore,
the only remaining member in the band from that era is Rik, our drummer.
If i remember well Tresore became Witness the fall in 2000, the first MCD was released 2001.
I wasn’t in the band back then. Bjorn, their singer, a good friend of me back then,
dropped a copy of the MCD in my mailbox. i was instantly hooked. Bjorn quit the band a few
years later, where i filled in on vocals. Not much later Chiel (First fight down) joined the band,
and bassist Lesley (who plays in A Giant A Genius now), got replaced by Wouter.
The sound stayed much the same until in 2014 Tommy left the band, Witness the fall went on
with just one guitar player. This had such an impact on the sound, but it gave a twist
the band really needed. The sound turned out much more hardcore now.
Tthe emotion is still in the music, but les whiny. Witness the falls has balls now!

If you'd ask me this 3 or 4 years ago, then i did a lot of these things by now.
I’ve released my own music on vinyl, We met a lot of new friends and people, Heartfelt, Titan,
UYC, BBMA, Realm of torment & Patrick Mark My words. It gives so much strength to meet likeminded people. The best is playing shitholes with these people, travels endless roads in too
small vans. Every time anybody from the other side of the world orders a record through the internet
Iget such an awesome feeling. I really would like to play Asia once, that's still on my list.

We are working on 2 or 3 new songs now, i think we are going to release them on a split 7" again.
If any bands are interested, don't hesitate to let our label bosses know haha!

I could never hope somebody would invest in our music. since we are a DIY band
I know how much this costs, not only the energy, but also the finances.
Having a (DIY) label back you up helps so much in developing your music and band itself.
I feel humble to work with those people. Really nothing I can think of that labels as BBMA
(and others like Rage or MMW) could to better, I love every single thing of them.

Check out the new record (out on BBMA) from First Fight Down (with Chiel on guitars,
Aron on bass), fierce 90s metalcore in veins of Arkangel & reprisal. Fix us some show in
Germany later this year please, need to play with Castigator and get my fahrrad zurück!
[godverdomme fietsers...]